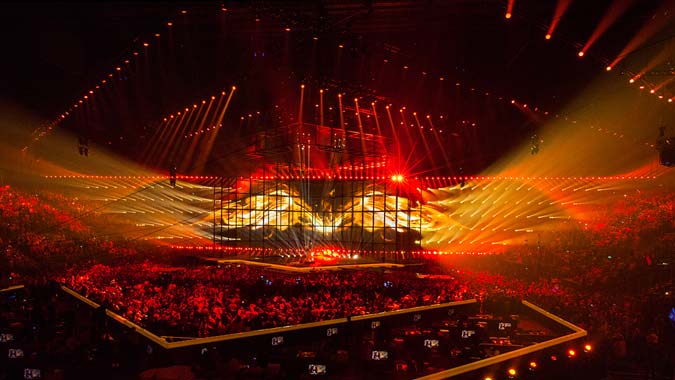 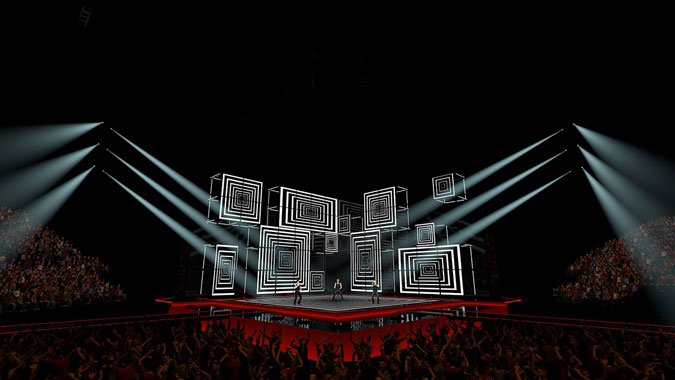 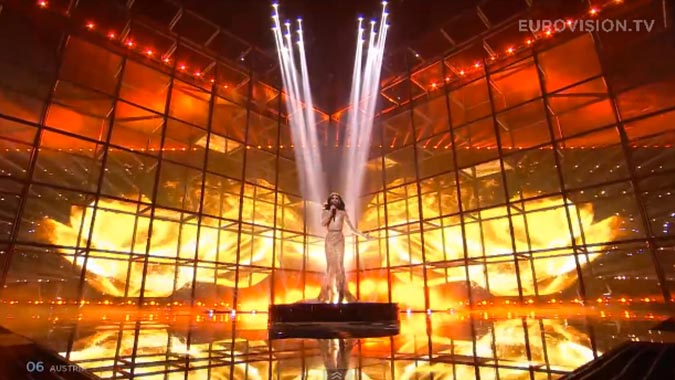 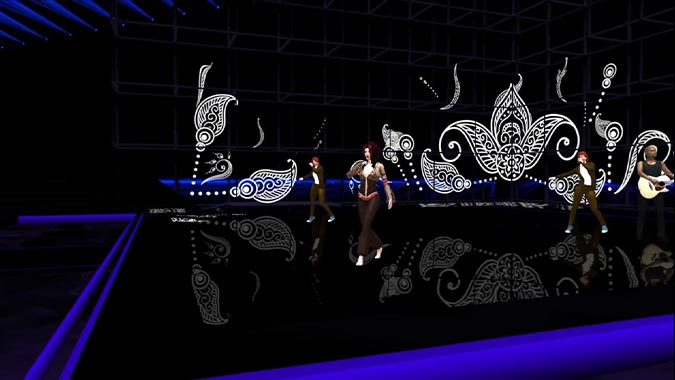 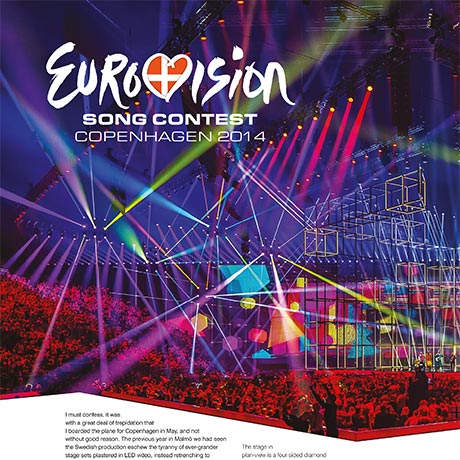 For those who, like me, were unaware, Nicoline Refsing is an acolyte of the Stufish school of creation: “I first worked for Mark [Fisher] ten years ago, stayed for six years and then set up my own company, Rockart Design. From my background in production design I was seeing more and more creative direction in video content. I am fascinated by how to work content and stage/set together; where does one start and the other end?”
Lighting & Sound International: Eurovision Song Contest Copenhagen 2014 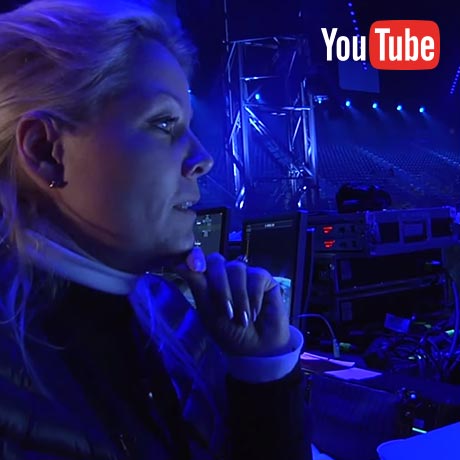 “On the Eurovision I am the Creative Director and Content Producer, working with the 37 delegations creating their looks and their performances, what is the feel and what is the atmosphere what is the overall look.”
DR: Behind the scenes of Eurovision 2014 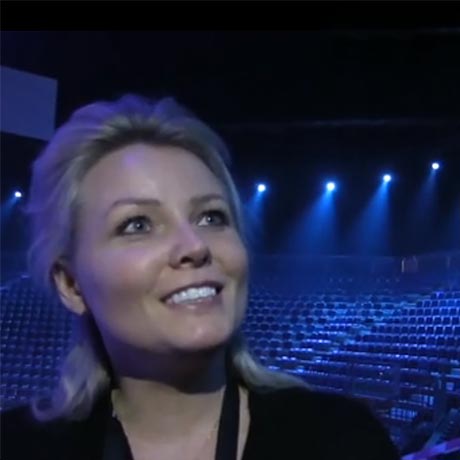 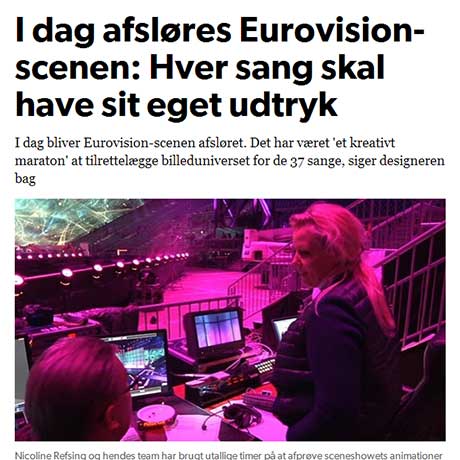 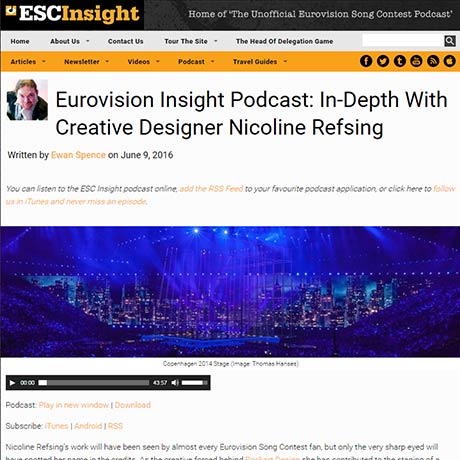 Nicoline Refsing’s work will have been seen by almost every Eurovision Song Contest fan, but only the very sharp eyed will have spotted her name in the credits. As the creative force behind Rockart Design she has contributed to the staging of a number of recent entries in the Song Contest, and was the Creative Director and Content Producer for Copenhagen 2014.

Ewan caught up with her in Stockholm, ahead of this year’s Contest, to talk design, staging, vision, props, and big clumpy boots on tiny singers. 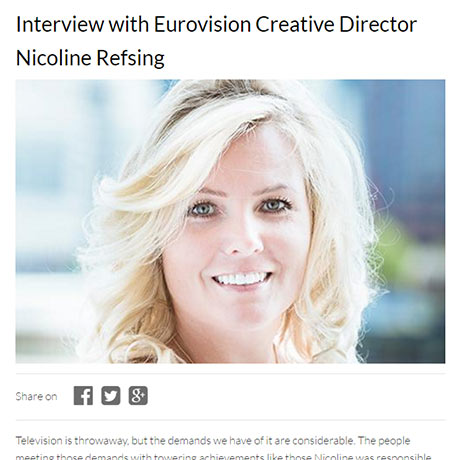 Television is throwaway, but the demands we have of it are considerable. The people meeting those demands with towering achievements like those Nicoline was responsible for in 2014 are often overlooked by those of us staring at the TV screen. It’s time for those people to step into the limelight.
Thoroughly Good Podcast - Interview with Eurovision Creative Director Nicoline Refsing
Eurovision 2014 - Rockart Design Eurovision 2014 - Rockart Design